Search for local
Approved Contractors and other services

SNIPEF elected its president for 2015/16 at the Annual General Meeting which took place last month.

John Leonard of Belfast was elected at the meeting held on 29 May 2015 and takes over from Raymond Leslie.

Mr Leonard is the fourth National President from Northern Ireland. His father, Joe, was SNIPEF President in 1996/97 and was present at the AGM to see his son being installed. This is only the second time in the history of SNIPEF that a son has followed his father in taking the national presidency. 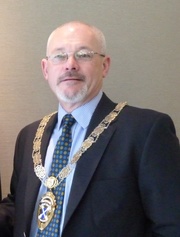 Mr Leonard, said: The past year has seen considerable change within SNIPEF at what has been a challenging time. There have been a number of positive results of these changes including an increase in membership and greater participation in some of the schemes and services that have been arranged for our members.

"However, there is no room for complacency and…we need to ensure national policy reflects the needs of our membership. I look forward to playing my part in this."

SNIPEF currently has 379 businesses approved on WaterSafe. The businesses employ 907 WaterSafe recognised individuals, which is 27 per cent of all those registered through the seven schemes on WaterSafe.